A perennial problem is how to map for players. I've tried out various methods over the years: describing the dungeon whilst a player tries to draw the convoluted description and everyone else sits round looking bored...

"The door opens into a room which is 40' by 60'. You enter halfway along the west wall. There is an door in the north wall, about 10' from the eastern end, and a corridor in the middle of the south wall. Oh, and there's 5 orcs in there."

I've tried cutting out map sections which get handed out and stuck together...

I've tried filling notepads with map sections which I then hand to players to copy out...

"Right, that's rooms 1-15 drawn. I never knew that two hours could go so quickly. Now all I need to do is draw all the corridor sections. I don't have time to do the eastern half, so they'd better not find the eastern entrance."

I've tried the "character's wouldn't have the skills or time or instruments to map" method - that was a quick way to suck the fun out of a session!

How about drawing the map on a computer and revealing it to the players one room at a time - technology can solve every problem... until the players go off piste and you have to improvise an encounter.

So in the end I decided I wanted:
And finally, but far from the least important
One day I bought some thin paper you could overlay over a map and trace through it. As we adventured I would pick up their map, put it over mine, draw on whatever extra was needed whilst describing what they saw and put it back down. One minor but important detail is that I keep the paper the same way up as my map, that is for them the map is the other way up, else I find it really confusing!

I have never looked back!

Here are some examples from our Star Frontiers campaign.

First a spacestation map, and the player's traced map:

Here is an isometric map of a compound: 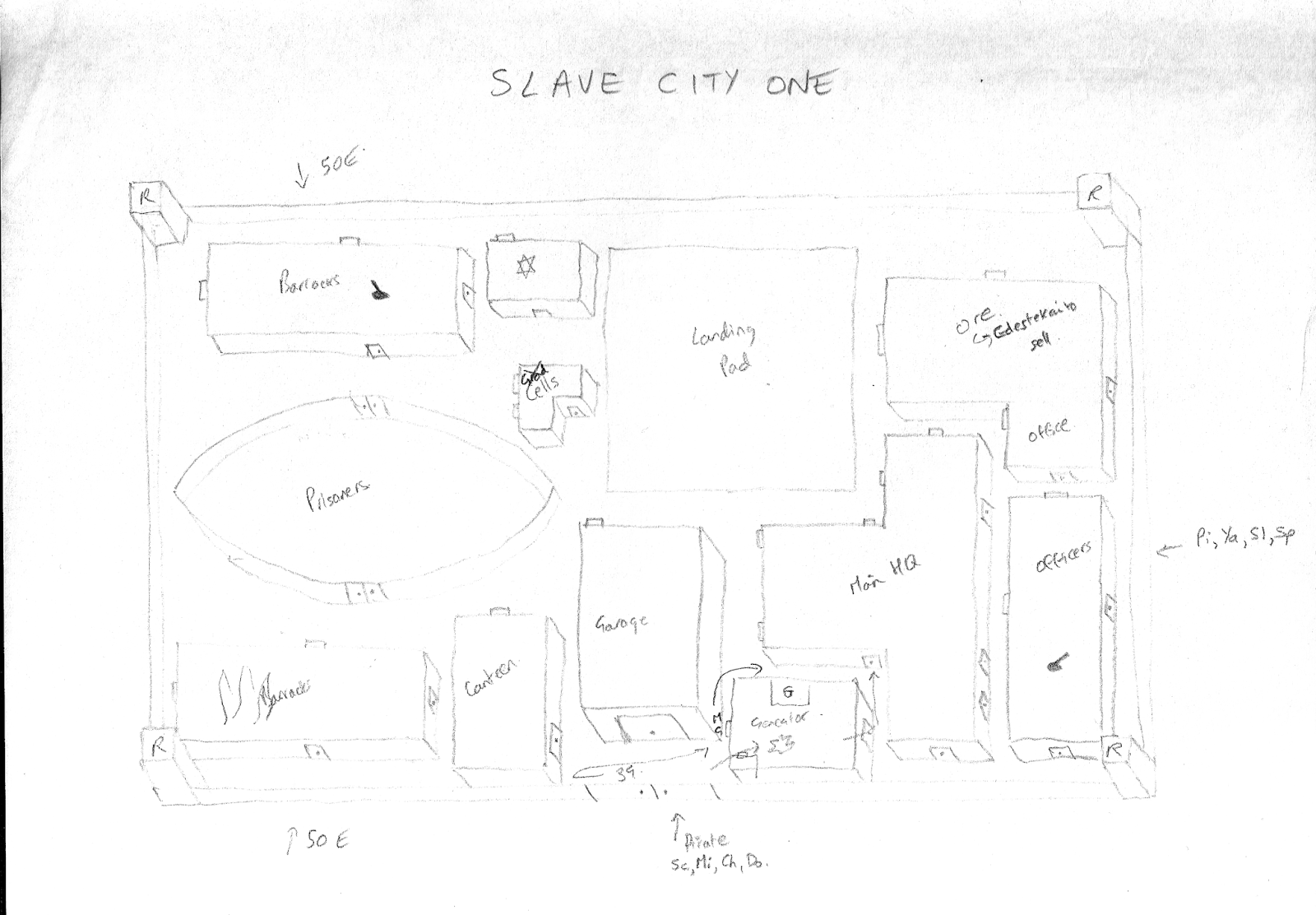